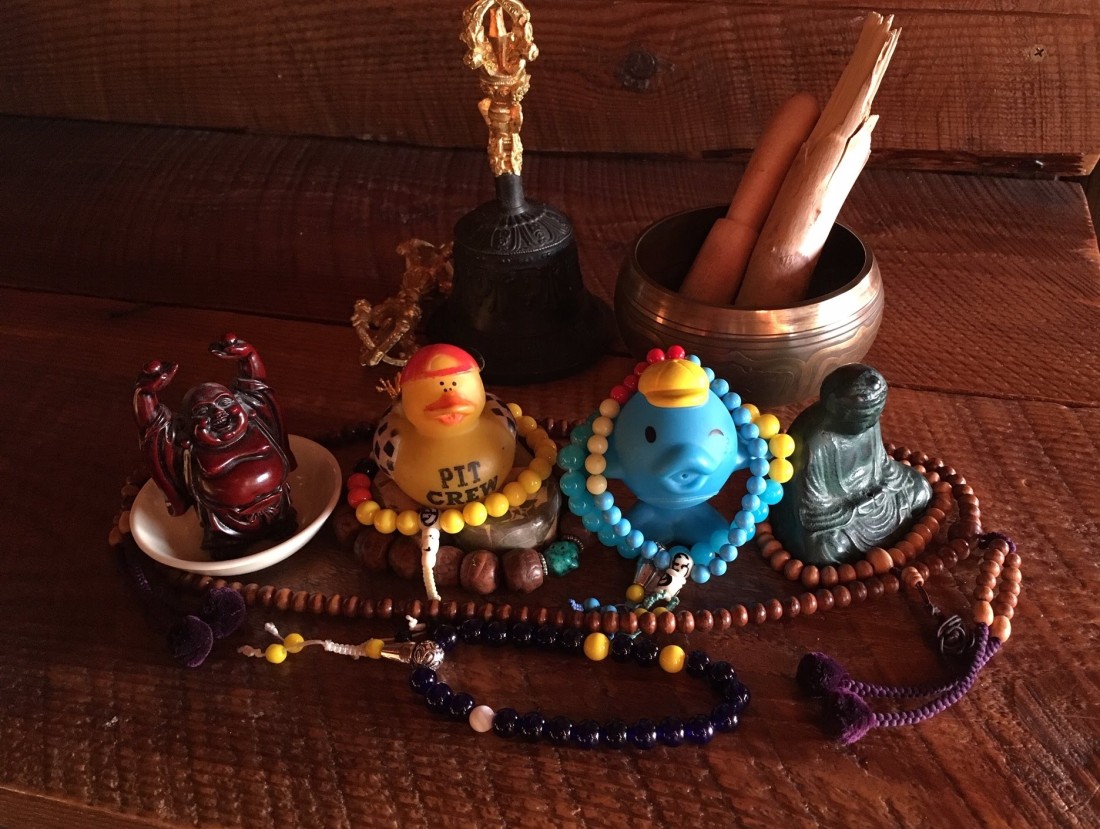 When is the Next Bodhi Day?

There are really two Bodhi Days each year. The “Secular” Bodhi Day, celebrated on a fixed date in much of the Western World and Japan, is December 8.

I explain the reasoning for a lunar and secular Bodhi Day in a blog from 2018.

Towards the bottom of this page are links to a few series of posts from past Bodhi Days.

What is Bodhi Day?

The Enlightenment of Siddhartha Gautama

There are very many accounts of Bodhi Day, about as many as there are Buddhist sects. So I will distill it down to the essence. The historic Buddha, Siddhartha Gautama, a coddled Prince, was shielded from the unpleasant side of the reality of the world; sickness, poverty, death. Until one day, he went out into the kingdom and saw these suffering people, ill, impoverished, grieving, or even dead.

This shocked Prince Siddhartha. “WTF?! The joys of life aren’t everywhere for everyone, all the time?!” He ran away from his coddled life to find its true meaning, for lack of a better term. As Ringo said, “I dun’t know what I want, but I do want sumthin’.”

For years he studied under one master then another. He couldn’t find what he didn’t know he was looking for. It wasn’t for a lack of dedication. He was all-in. At one point he is near death, emaciated from an ascetic lifestyle, materially bankrupt, emotionally bankrupt. He rests under a large tree, which will be known as the “Bodhi Tree”.

At that point, essentially he threw down the gauntlet any vowed to “sit under this #&*!@ tree until I #&*!@ get what it is I’m looking for.”

He sat there in meditation for days, from what I’ve read, ranging from seven days to 49 years (Fishnu says it was seven days). But it was not a tranquil om-humming meditation. He sensed he was onto something because his mind was under vicious attack. Our thoughts and beliefs have a life of their own, and like anything else alive, it will fight for survival when its survival is in jeopardy.

On the morning of the 8th Day of the 12th moon of the year, Siddhartha Gautama awoke from his meditation, staring at the rising Morning Star, Venus. Enlightened. That is, the chaotic gears in his head shed most of its baggage and the emptiness coalesced into beautiful order. And he could “see”. We suffer because we cling to things, all of which are temporary in this constantly changing world. If we don’t cling, we don’t suffer.

These realizations became the Four Noble Truths. Siddhartha Gautama was now fully awake. He was now The Buddha, The Teacher.

A girl from the village where he happened to be offered him a meal of rice and milk, which he gratefully accepted. The fuel to see him off on 40 years of teaching. For months until the moment of this humble meal, he and a band of fellow ascetics ate not much more than a few grains of rice each day, if that much.

His friends were appalled by Siddhartha taking that food. They chastised him, “You changed man! You used to be all about the austerity!” Siddhartha replied, “Of course I changed. What doesn’t?”

Bodhi Day of 2017 – The Day Christmas and Bodhi Day Coincide

However, 2017 was a special year as the real (lunar – 8th day of the 12th moon) falls on Christmas Day. I saw that Bodhi Day and Christmas coincide the year before and decided to use this special year to make a gallant effort towards enlightenment. There were three phases:

For Christmas and Bodhi Day, I posted a daily message starting on December 18, seven days before Christmas/Bodhi day. Each day featured a Christmas/Bodhi cookie and message related to the number of the days (1 through 7) until December 25.

Links to each of the Bodhi Season 2017 days: